The crescent symbolizing time and power is accompanied by a tree signifying one’s growth and strength. Our necklace acts as a stunning statement piece to any outfit, whilst benefitting you spiritually. 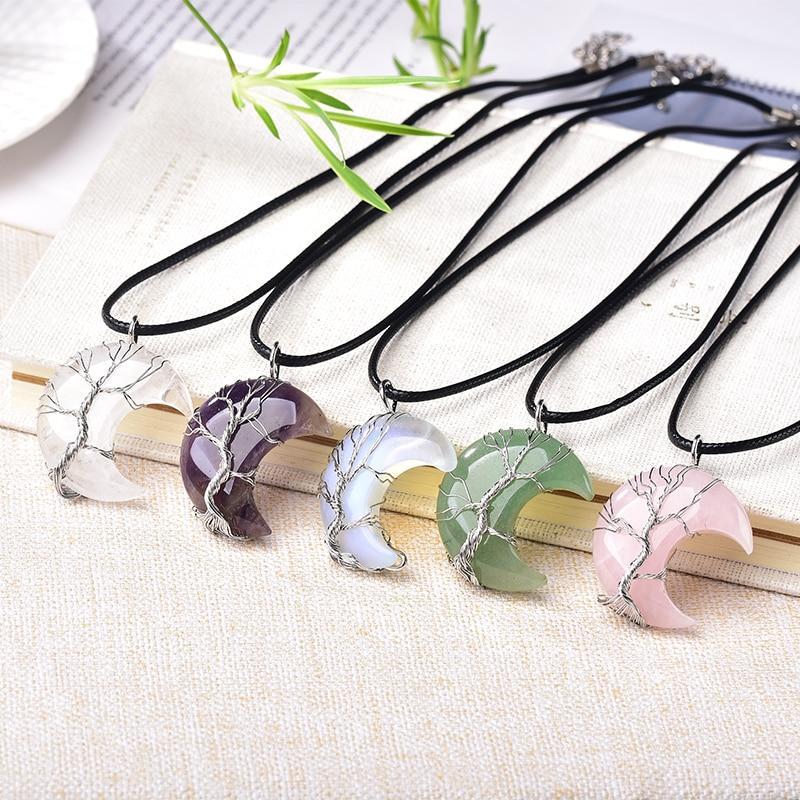 Choose from a range of crystals:

Amethyst:Amethyst in 7 chakra corresponding to the eyebrow wheel which can promote the activity of brain cells, helping to think and concentrate. Amethyst stands for spirituality, spirit and noble love. It can be used as an emotion and symbol of an admirer. And it is also known as amulet, usually dispels demons and enhances individual luck.

Rose Quartz: Rose quartz is a famous love gem and one of the most popular crystal gemstones for women. The rose quartz corresponds to the heart wheel in 7 chakra, which can strengthen the health of the heart and lung function and relieve the irritability. It is also a healing crystal that can improve your relationship with your lover and bring you a happy emotional life.

Aventurine: Green aventurine corresponds to the heart wheel of 7 chakra in human body. Green represents health, and green aventurine has a good effect on relieving bad emotions. It can calm the heart down and make people feel quiet and good for their health.

Clear Quartz: Clear quartz is a magical gift from the earth. It represents balance and completeness which can counteracts evil force, and is known as the king of crystal. Clear quartz corresponds to the Crown Chakra of 7 chakra, which can enhance the development of the mind and help meditation. It can also reduce electromagnetic radiation and protect human body from electromagnetic waves.

Opal: Opal was once considered as a symbol of rights in ancient Rome and a gem of geniuses. It can strengthen personal abilities and talents, help people gather wealth and make money at the same time.

Obsidian: Obsidian means Self control, decision making, intuition, protection. It is widely believed that black onyx can change your habits are erratic, either when used with faith. It is regarding as one powerful protection stone as it absorbs negative energy of people to release mental stress and promote emotional well-being. 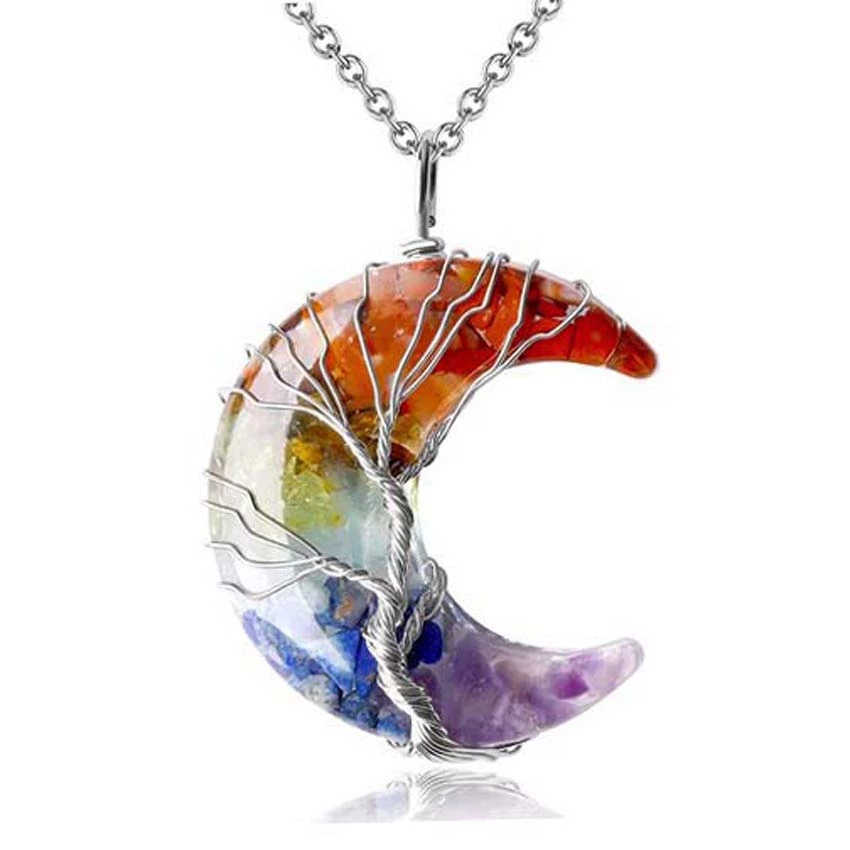