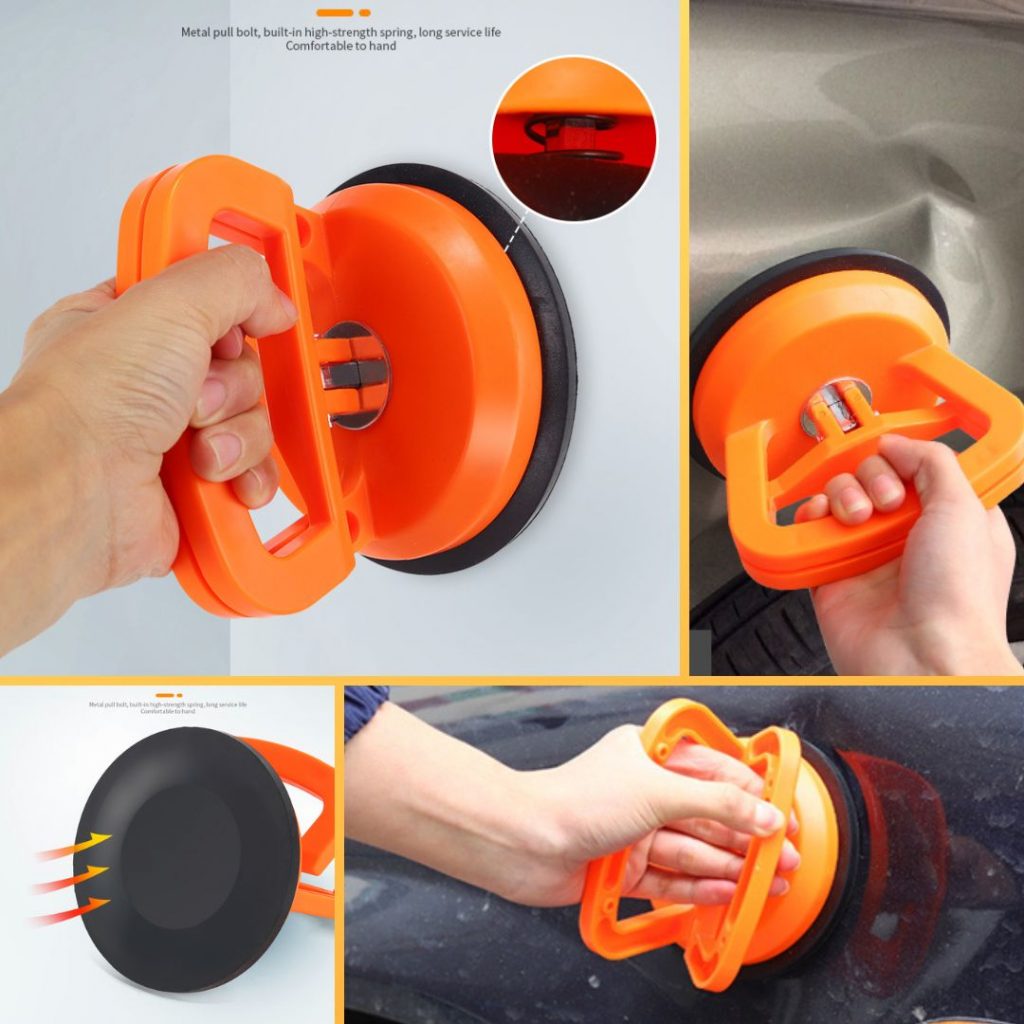 It’s easy to use. Just place the dent remover on the surface and press down. Then, use the handle to lift the dent out.

Benefits of the dent suction cup :

Try it today and see how easy it is to remove dents from your car!

Here’s what our customers are saying :